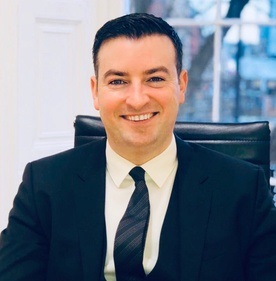 Alan is a Solicitor-Advocate with rights of audience to appear in the Supreme Courts. He has been involved in various high profile cases, defending charges of murder, culpable homicide, terrorism, attempted murder, fraud, music copyright infringement, illegal downloading, possession of firearms, lewd & libidinous conduct, rape, assault, proceeds of crime, misuse of drugs and contempt of court. He has experience of representing clients in cold cases, which has included unsolved murders. Alan has represented individuals accused of sexual offences which are alleged to have taken place decades earlier. He has appeared in both the High Court of Justiciary and Court of Appeal in exercise of his extended rights of audience as a Solicitor-Advocate.

Alan has significant experience in conducting trials and proofs. He regularly conducts jury trials in the High Court and throughout Scotland and has consistently secured acquittals in a number of jurisdictions, in complex cases involving serious allegations.

He was complimented by the presiding Sheriff for his "comprehensive and skilled analysis of the application of the section 51A defence and the procedure within Part VI of the Criminal Procedure (Scotland) Act 1995." In a Sheriff & Jury case concerning allegations of lewd and libidinous conduct, the Sheriff commented that he had represented the accused "to the highest possible professional standard". In another jury trial involving an allegation of assault and the application of the special defence of self defence, the Sheriff praised his cross-examination technique following a not guilty verdict.

He represented a global company with offices in Scotland and received instructions from various foreign governments. He regularly acts for a foreign embassy in all legal matters concerning their nationals in the U.K. His reputation for meticulous case preparation has seen him instructed by insurance companies to represent individuals charged with road traffic and other criminal offences.

Alan's versatility has seen him appear in a variety of hearings. He was instructed in a defamation action against television companies and publishers and has represented social workers at SSSC Committee Hearings, nurses at NMC Panel Hearings and employees and employers at the Employment Tribunal. He appeared before a High Court Judge sitting as the Employment Appeals Judge in the Employment Appeals Tribunal in Edinburgh, who commented that his "level of preparation and knowledge of TUPE was to be commended." He has appeared in children's referral hearings and in parole hearings before the Parole Board of Scotland, securing the release on parole of the first prisoner to be repatriated to Scotland under a prisoner transfer agreement with Thailand.

Alan has conducted other civil work including ordinary cause, summary cause and small claims proceedings, taxi licence applications in the Burgh Court, licensing appeals to the Sheriff Court and construction law fee claims. He has also represented clients in Mental Health Tribunals in revocation of short term detention orders and compulsory treatment order proceedings, and has acted in pursuit of a Fatal Accident Inquiry following a work-related death.

Other interests include regulatory law and its application for SSSC, GTC, GMC and NMC registrants, representing nurses, teachers, medical practitioners and social workers at interim suspension and conduct hearings before their respective regulatory committees.