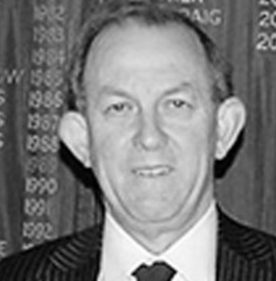 Murray studied law at the University of Glasgow and graduated with an LLB in 1971. He served his apprenticeship with McGrigor Donald between 1970 -and 1972 and was an assistant thereafter until 1973. He then joined Beltrami & Company.

Murray became a partner in 1975 and has remained with this firm ever since.  He is highly regarded amongst his peers having practised at the very highest level for a number of years. His reputation has seen him receive a number of awards such as Advocate’s Choice Solicitor of the Year in 2010. He was also ranked first in The Herald’s poll of Criminal Solicitors in Scotland in 2010 and is often asked for media contributions where Scots Criminal Law is subject to a significant development, such is the weight of his opinion on matters of criminal law.

He is has been instructed in a variety of cases of a complex and novel nature and has been tasked with appearing in a number of significant and highly publicised criminal cases over the past 38 years spent at Beltrami & Co. The list below is only a limited view of some of the issues that he has litigated. His extensive experience sees him receive instruction as solicitor and counsel.

"Murray has seen and done all" - Gary McAteer

This re-established the law of culpable homicide where death is caused by the supply of drugs. For more information see the latest criminal cases article in the Journal of The Law Society of Scotland, April 2009

This was the first ever re-patriation case in Scotland following a UK national being transferred to Scotland under an international prisoner transfer agreement.

Media contributions on legal developments include:

Justice in the dock - analysis of Cadder decison.